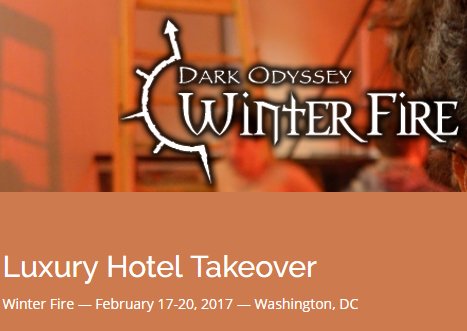 Although I have been around for over 10 years, I haven't attended too many large fetish events. Dark Odyssey's Winter Fire is only My second full event. Let this serve as a review of sorts.

The Location:  Dark Odyssey's Winter Fire is held in downtown Washington, DC. That's a major point for Me as I don't have to travel far to attend. However, its held at an upscale hotel that goes for almost $200 a night. There's no way I'm dropping that much per night in a city where I pay rent. Next time, I may see if I can share a room with another Dom or better yet, have a willing soul pay for Me.

The Scene:  The entire hotel is blocked out for DOWF attendees. There are no outsiders allowed on the premises once the weekend starts. I believe they do this so you can feel more comfortable about letting your boobs, your butt, your fur, and any other fetish you have hang out and loose. Because of this though, you will need to keep a badge and wristband on you at all times, even if they clash with your outfit.

DOWF also provides anywhere between 2-4 dungeons at any given time to play in. They provide all some cozy rooms for privacy while other areas leave you exposed to wandering eyes. They provided a cage, crosses, harnesses and more for all your fetish fantasies.

My Objectives:  Again, My main reason for attending these events is to meet other people. Second, I want to meet other Dominant Women. Maybe they can invite Me to a fetish event they're hosting or attending. Maybe they'll want Me to be in a video with them where I am spanking the shit out of one of their submissives. Maybe they'll be able to answer some questions I'm sure to have. Whatever the reason, its nice to know people and make connections in this life.

Sidenote:  I also like to acquire a great deal of fetish photos when I attend these events. DOWF does not allow this as much as Fetishcon did. They also didn't have a lot of signage to take pictures in front of. This is why, there aren't many pictures of Me at DOWF. 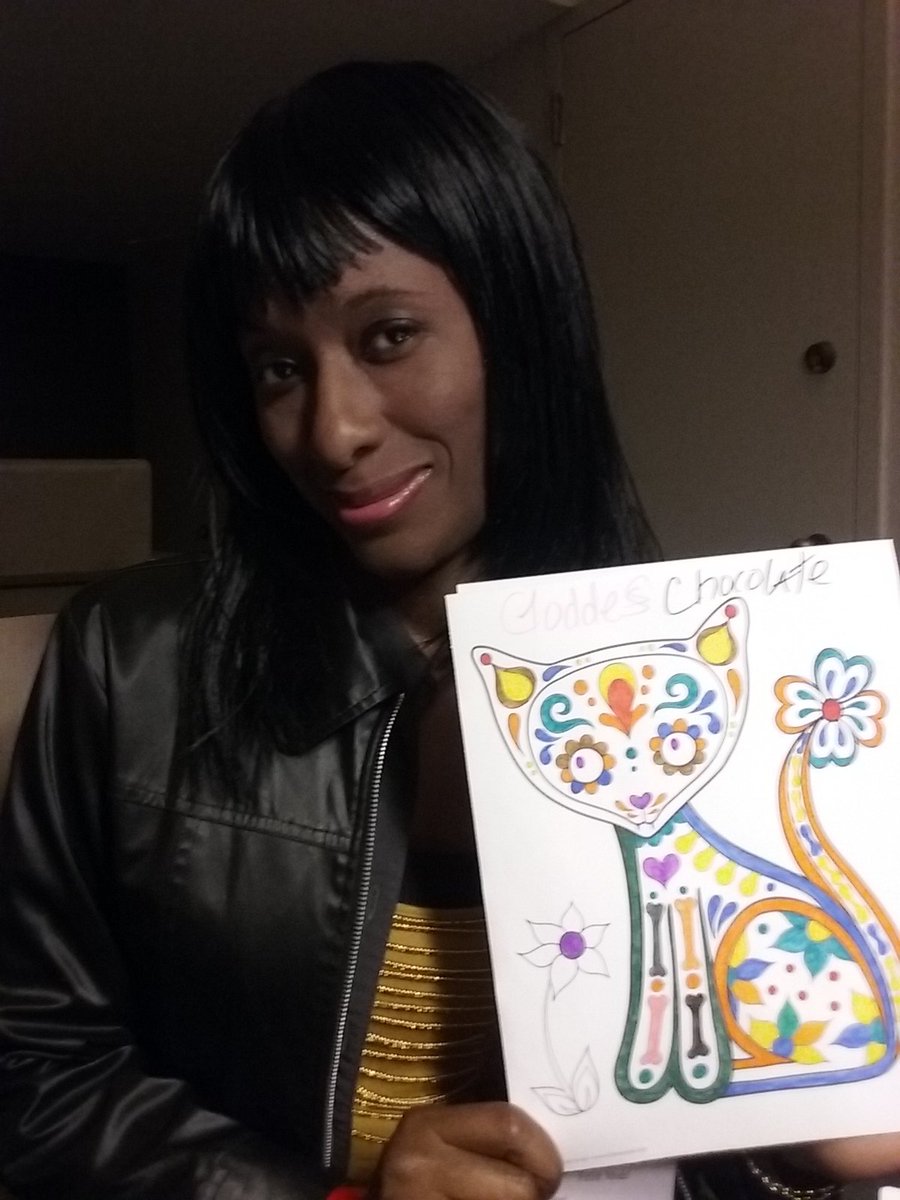 Goddess Chocolate dolled up for the Masquerade Ball
Because I really like dressing up for events, this was the deal breaker for Me. When I saw they had a masquerade ball, I had to attend. 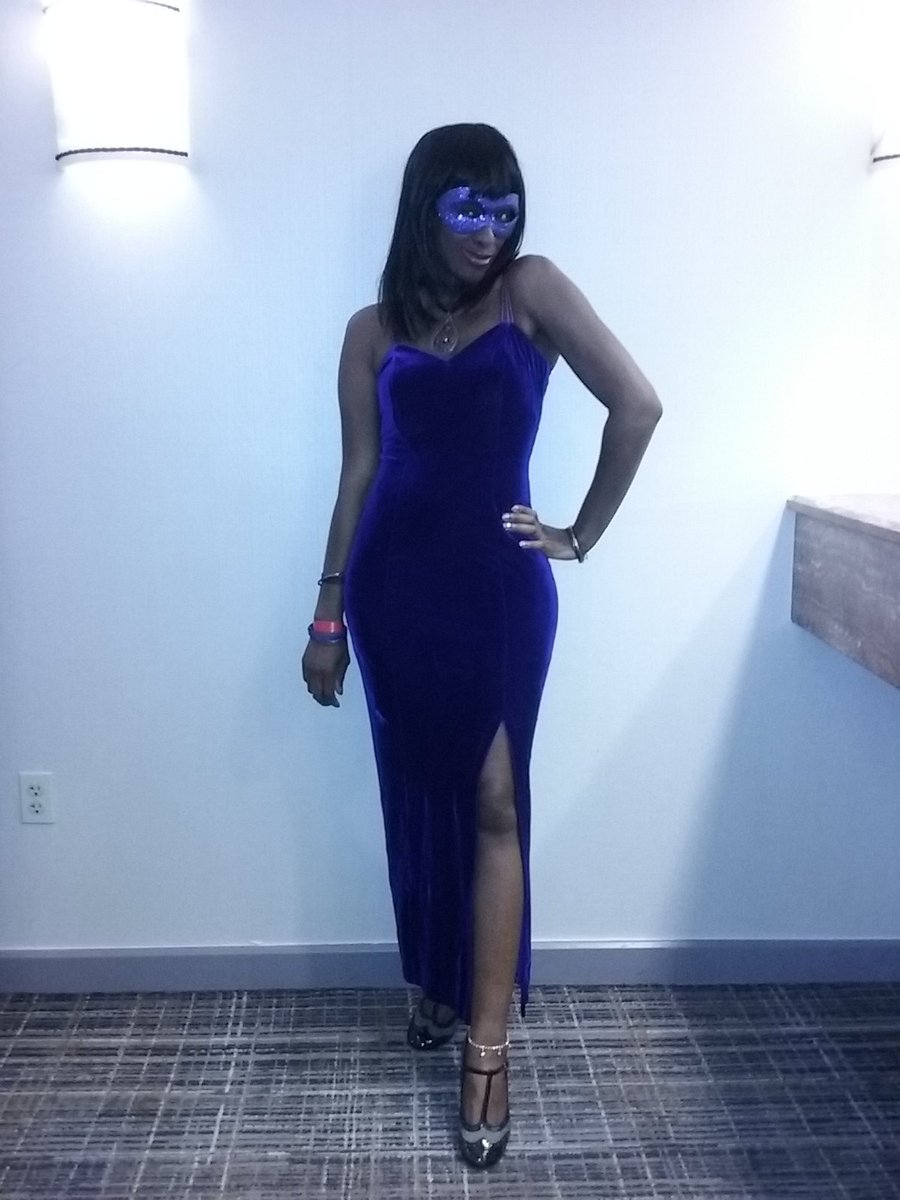 Since I couldn't take a picture of everything, I also observed a lot of play, spanked one guy, learned to play poker and had many footrubs, thanks to My old fetishcon sign. 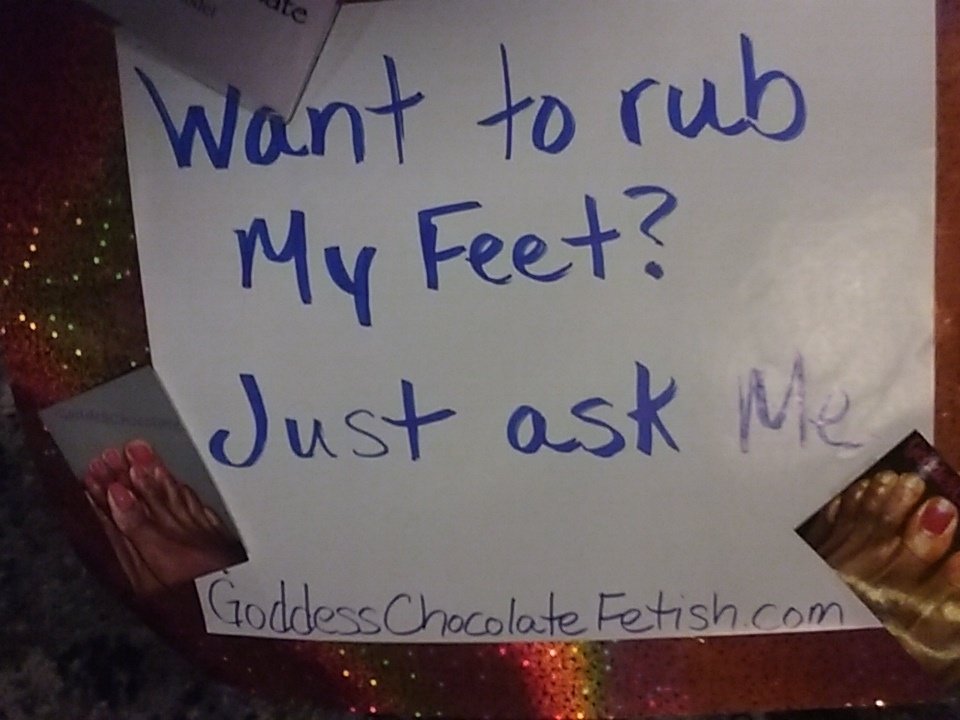 Posts to Other Goddess Chocolate Events

Posted by GoddessChocolate at 3:16 AM